Unexplained Anomalies in the Sky on 9/11

In this short blog post I want to draw attention to some strange anomalies captured in various videos and photographs during Flight 175's approach towards the South Tower before it crashed. Please see a selection of the video still images and photographs below showing the anomalous looking orbs. To begin my analysis please see the Park Foreman video still image below: 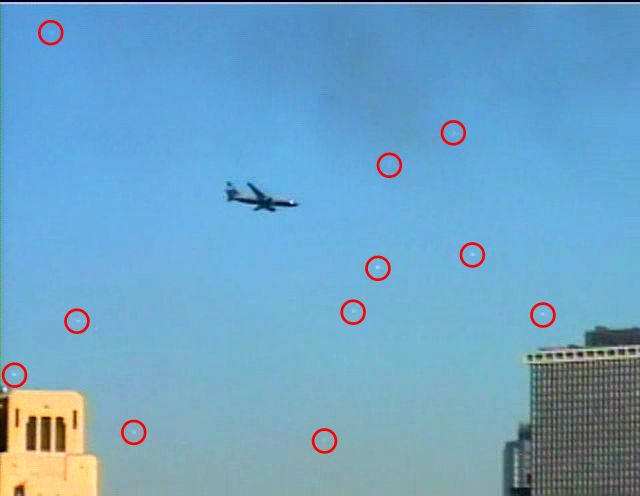 Many people have tried to explain these strange white anomalies as paper which was ejected from the North Tower after it got its damage from the "alleged" first plane. However if you look at the size of the "alleged" plane in this still video image the anomalous objects would have to be far too large to be pieces of paper flying around in the air. Plus, the anomalous objects, if indeed they are solid objects are showing-up in different frames of the video as the "alleged" plane approaches the South Tower. 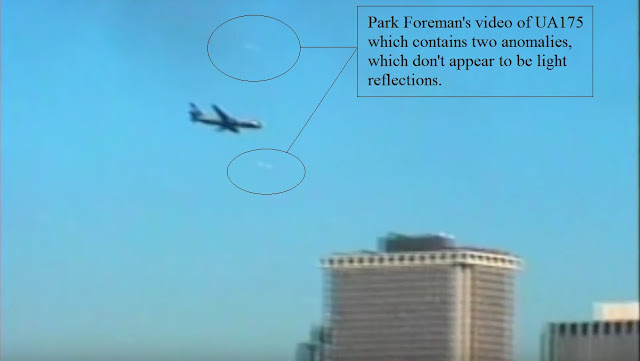 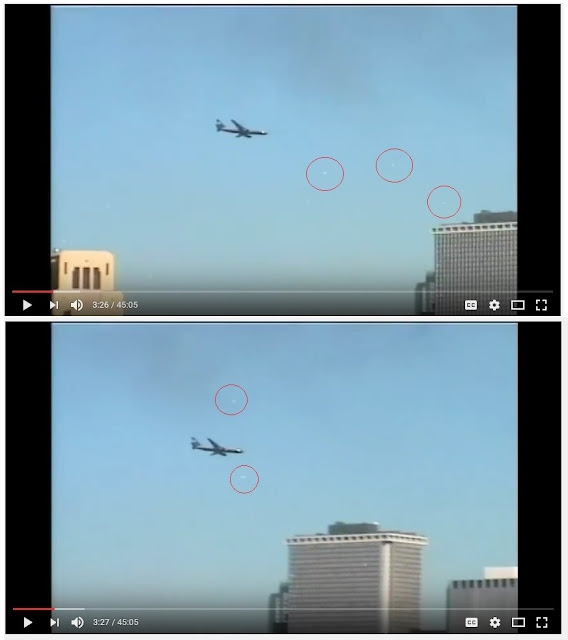 In the video still images above this does not appear to be light reflections from the video camera. Plus in this later frame the anomalies appear to be quite large in comparison to the "alleged" plane. Also, there is a photograph which also picks-up these the anomalies from a different angles and directions. 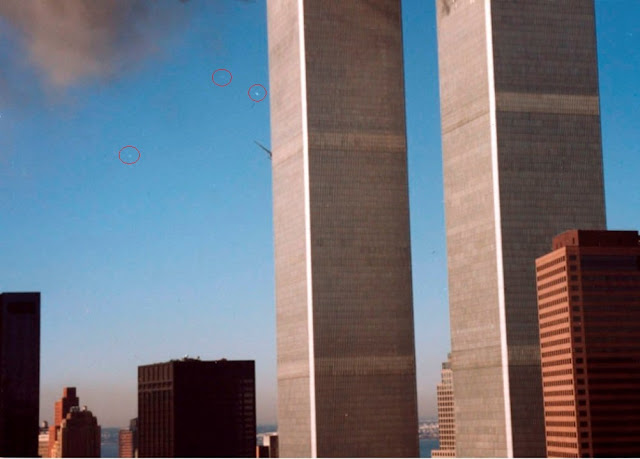 Here's a a comparison of both Park Foreman video with photograph inlay below: 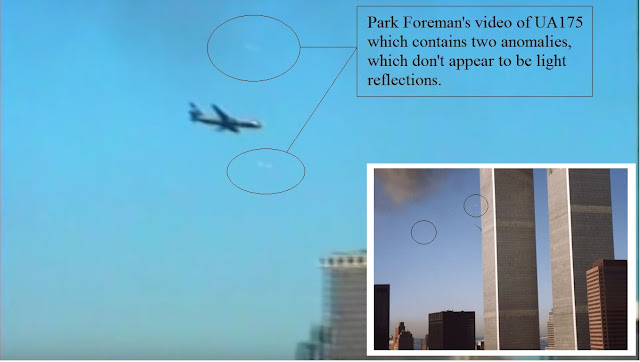 Here's another view from another camera location which show more of the anomalous looking orbs before the South Tower receives the plane shaped hole. 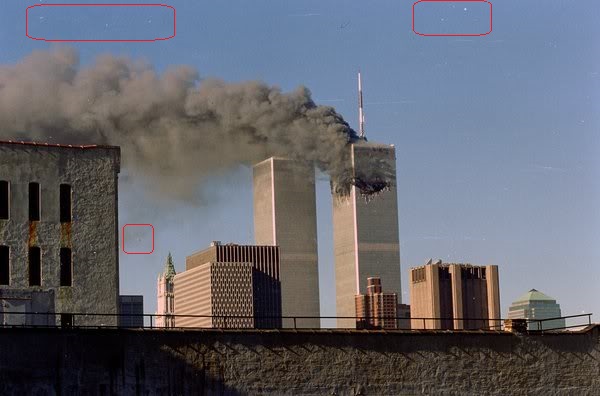 The fact we are seeing these anomalies from different directions and camera angles can rule out reflections from the sunlight into the cameras, as the sunlight direction is behind from a south west position, however could indicate something else such as orbs which are periodically being captured by the cameras, which may not be visible to the naked eye. This needs further investigation and research as to what indeed these strangle anomalies are, as they are definitely NOT paper as suggested by many researchers.


Update: 20th December 2019 - Orbs spotted in this photograph below 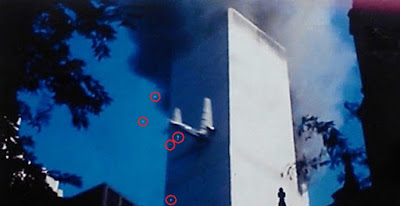 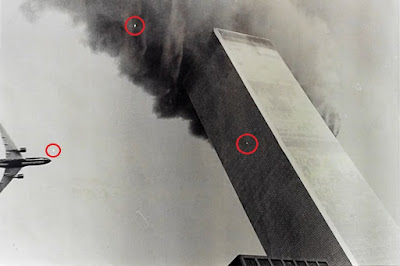 Thanks for reading and caring...

Posted by Mark Conlon Blogspot at 10:09 am